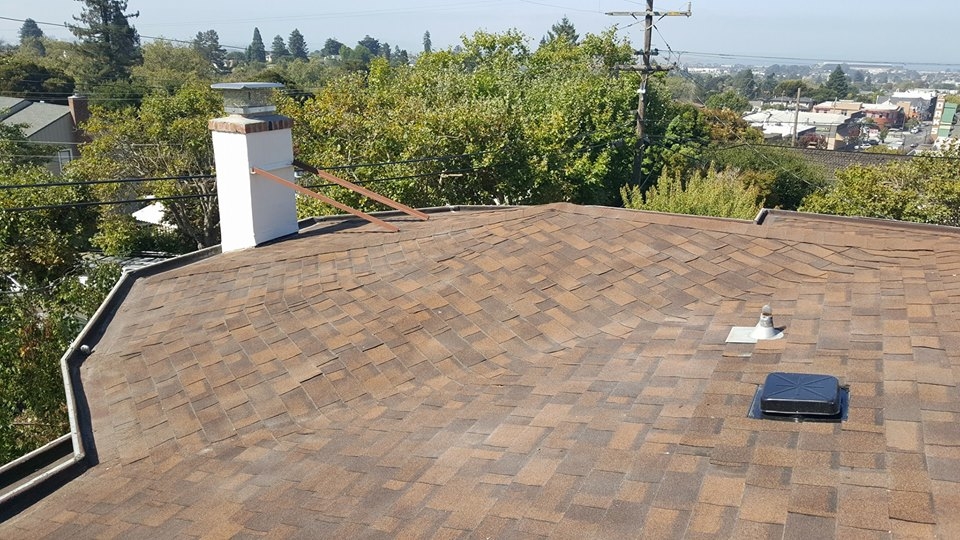 With a chimney broken at the roofline, this was a masonry chimney repair job from the shoulders up. The chimney was a high risk for falling off the roof during an earthquake. Further, the existing fireplace did not function and would smoke if a wood fire was being used. We removed the exterior existing chimney to the shoulders and installed a reinforced concrete bond beam, with vertical rebars, internal chimney blocks and reinforcement straps to secure the whole thing. Additionally a second defunct center chimney was removed and the hole repaired.
01 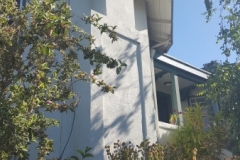 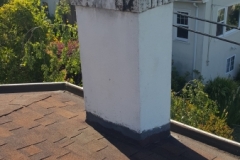 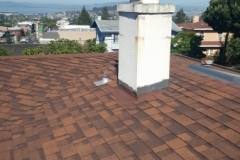 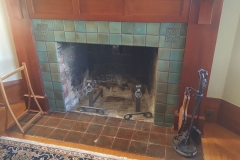 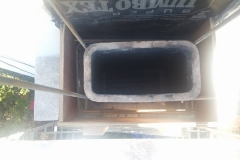 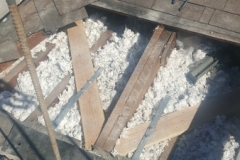 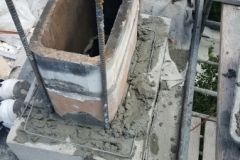 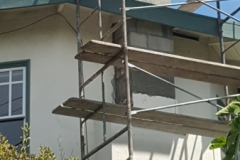 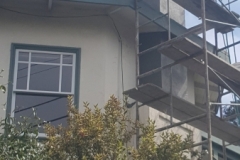 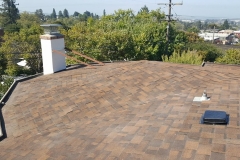 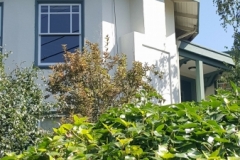 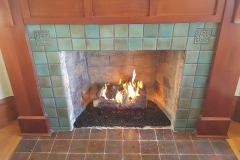 We're happy to stop by your property to evaluate your masonry needs.